A little bit of history today, more so for those who have grown up with social media. Once upon a time, in the not too distant past, we lived in a world with no facebook, whatsapp, signal or instagram. Finding out about protests was usually from stickers on lampposts, or from over photocopied fliers and zines filled with intricate DIY art that you picked up from squat parties or punk bands.

The nineties was a pretty interesting time as far as protest and politics went. Various battles were being fought by different groups with the authorities around the country. Then in 1994, the conservative government brought in amendments to a piece of legislation that changed us forever. The Criminal Justice Act.

The CJA was an unnecessary and oppressive piece of legislation that ended up creating the very movement that it feared the most. It essentially made a criminal out of anyone who voiced dissent or sought to live in a way that veered away from the status quo. We had a government who were still rattled by the ferocity of the poll tax riots four years previously and feared more resistance from different pockets of society.

There were several changes that were significant. One related to ravers and free parties as it made a disastrous attempt to essentially ban rave music, which it defined as “sounds wholly or predominantly characterised by the emission of a succession of repetitive beats”. It also made it a crime to congregate on land with more than 20 or more persons. A Shoreham MP named Michael Stevens wanted to define an illegal gathering as 2 people or more, which would have made sex rather difficult for those concerned with obeying the law if he had his way. Make no mistake, criminalising gatherings such as raves and free parties that weren’t sanitised to fuck by legislation was not for the sake of our health and safety. It was because they were afraid. When the police descended on Travellers in 1985 as they made their way to the Stonehenge Free Festival, it was not because they were dangerous- it was because they were afraid of a growing vibrant movement based on subversive thought and rejecting modern consumerism. They called it Battle of Beanfield, but ‘Battle’ suggests there was some sort of fair fight involved, rather than the horrific, violent ambush on peaceful adults and children which occurred. Nowadays, people don’t even have to get out of bed in order to interact with billions of people around the world, so inevitably their target now is the internet, instead of the sabotaging unregulated public gatherings. 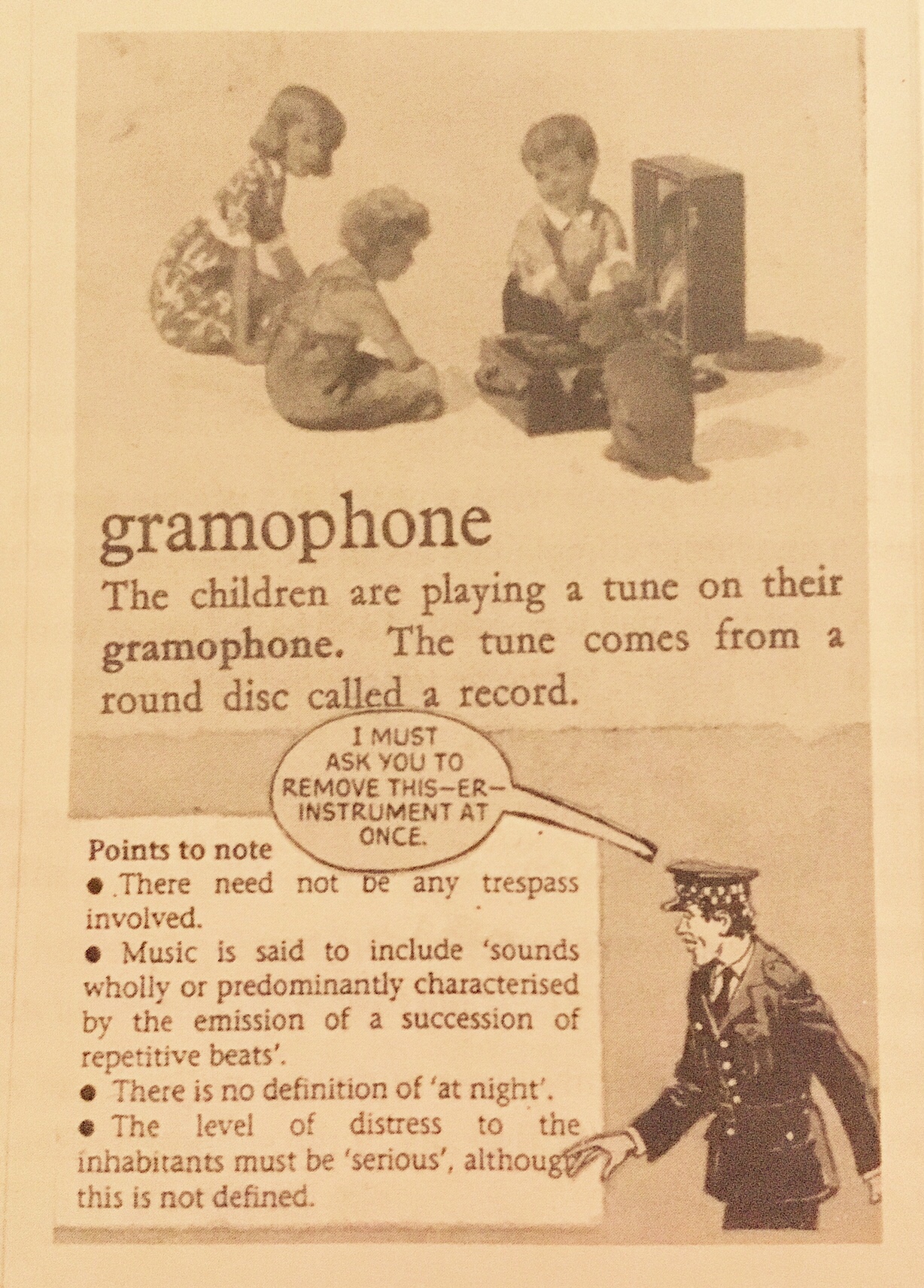 It also ended our four hundred year old right to silence when being arrested by the police (though through working for a charity, I’ve seen how entirely possible it still is for a detainee to nearly reduce a tired officer to tears after answering only “nee reply, pigeon pie” throughout four solid hours of questioning). The bill also changed the right to protest, gave police more powers to stop and search you without just cause, and quickened the process for evicting squatters.

Like any decent poisoned chalice however, what the bill managed to do, much to politicians horror, was unite the punks, the ravers, the hunt sabs, Travellers and anti road campaigners who found themselves targeted by a police force and government that had new powers to arrest, beat and imprison them. New ager environmentalists were literally D-locked to formerly law abiding middle class middle Englanders to save the woodlands they both loved, protecting each other from the blows and violent spite of security guards or the Tactical Support Group.

Direct action was colourful and creative as activists found new ways to resist. During one Reclaim The Streets party, protesters hid under the large hooped skirts of carnival dancers to use drills to dig up the road and plant tree saplings. It would be massively naive to think there were never problems within the movement, but they were challenges that were overcome by explosions of colour, music and spontaneity, with no long soulless marches filled with boring chants. And no one ever, ever asked for permission. There was huge resistance to the bill, including a massive demonstration in London which was supported by Jeremy Corbyn. In fact many of the opposition had concerns about the bill, with an exception of the shadow Home Secretary at the time- Tony Blair, who I still dream may one day live out his retirement in The Hague like a sort of politico version of Last Of The Summer Wine.

Regretably the pressures of CJA did eventually wear people out with constant arrests and violence and no doubt assisted by the presence of the National Public Order Intelligence Unit- a spy cop group who’s most ‘famous’ employee was Mark Kennedy that were known to be targeting activists around this time, the full extent of which is only very slowly starting to come to light now.

Fast forward to today and we can see some similarities in the world we are living in. We have found ourselves still with an increasingly sadistic Tory government. The mainstream media still smear activists as unclean, lefty ‘do-gooders’, despite their predictions about dubious legislation always coming true. We have more communication technology and access to information than we ever have before and yet in some respects we are more fragmented than ever, as reasonable conversation is abandoned and becomes a germ filled ball pool of identity politics in which we all fight like angry children inside while clambering to get out. We can learn a lot from these times by realising that there is more that unites us than divides us. That the state views us all with total disregard and treat us like guard dogs that are to be starved, then thrown the occasional treat for appeasement with no care if we turn on ourselves for their attention once in a while.

It has been too easy to spend hours and hours ‘debating’ on line. I’ve been guilty of this very thing before . I’m in no way some technology hating Luddite. What we have now is amazing and I love it- I just think we need to use it better. All this results in is a bunch of passionate people wearing themselves out of precious energy trying to get other people to completely agree with everything they’re saying. This is not only impossible, it is also unnecessary.

Nothing should be uniform, especially our ideas and the way we think. Our attempts to do so bleach out the vibrant colours of this world into a hundred shades of grey. Our heartbeats which once raced with the love we had for Earth and our fellow humans and drove us to make meaningful change, slow down until the day they stop completely.

Close your laptop, open your eyes and heart, wave at the clouds as time goes by so quickly and go out and cause some trouble.

Today’s soundtrack for my rantings is Flutter by Autechre. It was released in September 1994 in response to the CJA, programmed so that no bars contained any identical beats.

Title artwork by Kate Evans, taken from some old copies of Schnews, a publication which opposed and exposed the CJA and its minions. See more of her stuff at http://www.cartoonkate.co.uk. I’m struggling to find out who did the others, so if you know, give me a shout so I can give due credit!