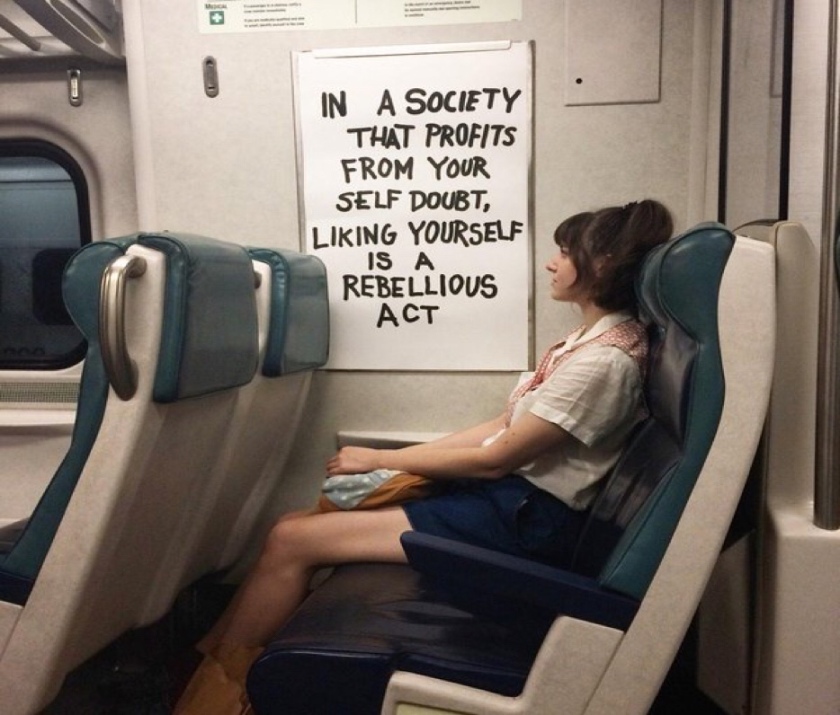 Back in the days when Hotmail was my primary method of online communication the idea of targeted ads was the endless junk mail that came through. Mine were always for penis enlargers and links for dating agencies to connect me with the hundreds of Thai brides who were dying to meet me. This baffled me for years until I realised my best friend, who helped me set up the account so we could stay in touch when she went travelling, had listed me as a retired male in the profile. This was in the late 90s and since then we have found ourselves completely wired to social media on an almost 24/7 loop.

Unsurprisingly platforms such as Facebook and Twitter- as well as thousands of advertisers- have realised there is money in this, and what a better time to make money than in this golden age of being able to buy anything, anywhere, at the click of a button. One thing that hasn’t changed is retailers and advertisers knowledge that our insecurities will make them rich, and the list of things they are determined to make you worry about in order to sell you some utterly ridiculous product grows by the minute.

Among the essential items I have stumbled across have been camel toe guards- because I’ve reached the age of 38 now and should apparently start being embarrassed in case anybody knows I have a vulva. The obsession with my genitals does not end there it seems. There is also pubic hair dye available, which is strange, because there are also at least 2000 products out there that indicate it is completely unacceptable these days to have as much as a single follicle anywhere between your legs. Your lady garden should be tarmacced, and anything that tries to grow there should be lasered off by the pube daleks, or whatever those electrolysis machine thingies are called.

Then there is this: 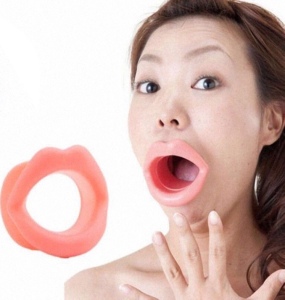 At this point you would be completely forgiven for thinking this was satire, but stay with me here, for this contraption is a face slimmer. No you aren’t alone, I thought it was for something else as well and if you have a man in your life that is absolutely what they will think it is for too. All our minds are in the gutter.

While we’re here, let’s not neglect those products out there that promise you they will stop you being fat. Because you know that you ARE fat, regardless of what your weight or dress size is. You know this because you did that Facebook quiz to determine if you were a ‘skinny fat person’ and it told you that you are.

There are mountains of ‘detox’ products, which are literally nothing more than chemically induced dysentery and a really expensive way to give yourself the shits. Juice Plus, a company who are the nutritional equivalent of flat earthers are one of the worst offenders for this, using rhetoric that sounds like it was made up on the spot by an eight year old trying to convince you why letting them eat ice cream and syrup for dinner is a healthy choice. Their representatives have been known to hound new mothers on their social media friends lists days after giving birth, pressuring them to buy their products to “lose the baby weight”. The other day, after I had been looking online at Pilates techniques online, I started getting inundated with adverts for what looked like some sort of modern day corset, lined with plastic to make you sweat yourself skinny. Once you’ve lost all that weight of course, don’t forget to go out and immediately buy some padded knickers to replace the arse you just worked so hard to get rid of . Don’t forget to remove your eyebrows only to draw them back on again. It’s like modern day beauty standards were written by Kafka and Kubrick did the film adaption.

Targeted ads have also upped their game since my hotmail account, giving internet users products based on what it knows about them. It’s not just a case about what social media platforms know about you, such as age or gender, or what you search on, such as bikes or holidays. They know what Facebook pages you like, whether you are newly single or just had a baby. This is probably why I keep getting ads for cute gothy looking dresses. I don’t want to think about why, after a couple of tongue in cheek statuses I made about going rioting, I now keep getting adverts for face scarves- because Facebook knows I have no interest in mountain climbing. Maybe it’s a coincidence, maybe I’m on a watch list, maybe it’s Maybeline.

It’s not the only sinister thing about the adverts we see and some of the dodgier products that are on the market. Skin lightening creams for example, which are marketed predominantly at South East Asian women but are also popular in African communities. It’s unashamedly racist and misogynistic message- that women would be more desirable and more affluent if only they were whiter is rooted deep in the class and caste systems, but is sustained by global consumerism. Many of them are dangerous, containing ingredients such as mercury, which has left many women who have been using them horrifically scarred and in need of medical treatment.

You can’t even go for a poo now without being pressured to put a few drops of weapons grade chemicals into the bowl so everyone thinks your faeces smell like the Botanic Gardens in June. Now most women I know secretly think we are immune to this sort of advertising- you probably do too, but three Malbecs deep into a conversation shows we’ve all been sucked in to some extent. I am one of the girls who will say this. I like to think of myself as really unfussy. While I wear makeup and have a penchant for fifties style dresses, I genuinely have no idea what threading is. I’ve never had my nails done because it was literally pointless as a young person who had both anxiety and epilepsy. There was a period of about a decade where my hairdresser saw me less than the practice nurse who does my smear tests and for about two years I honestly thought that contouring and orienteering were the same thing.

I’ve worried about my shape on and off over the years, but I boycotted control knickers years ago. For starters, I’m pretty sure it was them that triggered a couple of bouts of crippling cystitis I had. I also made the mistake once of getting a pair that were ever so slightly too small and after an evening of crippling discomfort, I thought I was going to have to get the fire brigade to cut me out of them again. By the time I had eventually wriggled and struggled my way out of the knicker equivalent of a snare, finally able to breathe air once more, I had the exhausted smile of relief that I have since only seen on the faces of the Chilean miners in 2010 after they were rescued from their collapsed hell pit.

There’s now lots of adverts for plastic surgery popping up on my media too, presumably because I’m fast hockey sliding into middle age. Me and my friends have talked about cosmetic surgery extensively. Some of us are thinking about it, some of us have already had it and some of us, like myself, are afraid of it and don’t really want it done. Now my friends are all actually beautiful. I’m not just saying this because they’re my mates and I love them, they really are. Like a bunch of pre-raphaelite paintings sprung to life. Yet each of them also possess insecurities that are baffling to the rest. I have a deep wrinkle in my forehead which I’m fairly sure has been caused by me constantly grimacing and murmuring “wtf” at whatever Orwellian policy our government has inflicted on us next. We talked about Botox as a few of this have tried it already. Personally I don’t really want Botox on account of that fact that it is one of the deadliest substances known to man and people are literally having it injected into their face. Not to say that there are not some arguments for Botox treatment being used for some conditions. It is known to have been beneficial to patients with cerebral palsy for example, and is also used sometimes to effectively treat migraine sufferers. All treatments, however, come with their own risks and these need to be considered more carefully than is sometimes the case, to decide if it is the best remedy for the problem. There are other possible ‘solutions’ to my so called problem, but actually you know what? The wrinkle stays.

My decision not to go down this route is based on this: While my self image is still decidedly poor a lot of the time, my sense of self worth grows as I get older. I know that if I just ‘fix’ that thing I really don’t like about my appearance, then I will find something else to criticise . Then something else. Then something else. I know as this is what has happened with all I know who have had a procedure, be it their forehead, nose, boobs or stomach. I realised I don’t have to think of myself as pretty and my body as a flawless vase. I have chips and scars. Little bits of my tongue are missing. My eyes squint slightly in photographs. I have a weird tooth. My body is a storybook, full of tales of adventure and love and fighting monsters both real and imagined, not a painting that needs to be put behind ropes and glass so it can’t be touched or fade or age, only existing to appease someone else’s sense of beauty.

If you haven’t listened to this album, do so immediately. The great thing about punk records is that they’re only about 15 minutes long. This is Bata Motel by Crass the amazing album, Penis Envy.